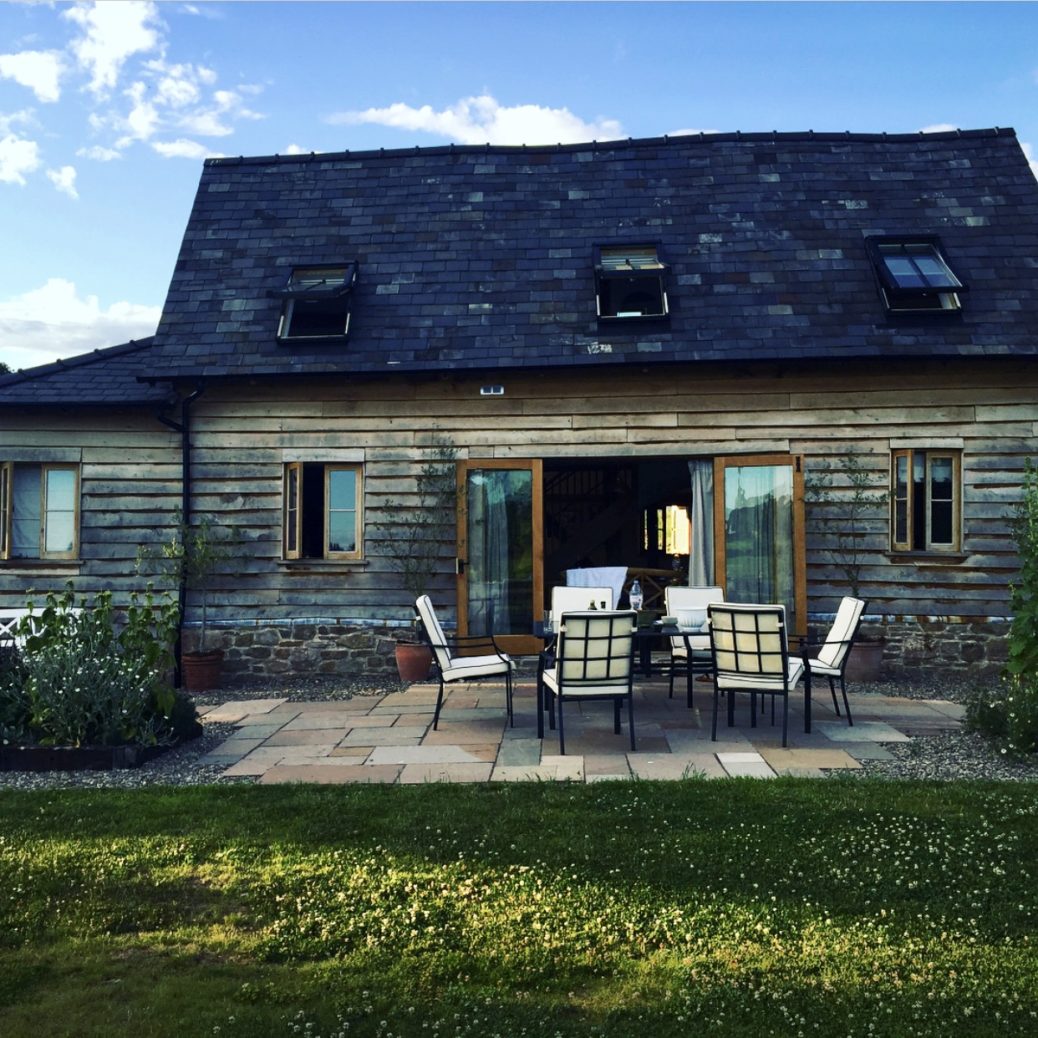 Above: The Mayfield Barn House – the Wong’s residence for the month.

It has been only a few days having stepped off the plane in Birmingham and already I can see the benefits of travel weaving its way through our family. I have to admit, itʻs a little weird and somewhat quicker than I expected. Only the other day as we sat through our first day of shaking off the jet lag and 4-hour naps, and the kids were on their 3rd hour of iPad watching, did I think to myself, is this all we are going to get out of this adventure? And now, 48 hours later I can already see the tiny changes beginning to happen and hope that they will continue to form into new habits and new ways at looking at the world. Isnʻt that what travel is about?

The mind of a 6-year-old is truly an amazing thing. It truly is a sponge that is able to absorb so much more than even the mind of a 9-year-old. You can almost see the millions of synapses in the brain connecting as Kendal moves throughout her day. Having played with our hosts’ daughter for the last 3 days, she already has a spot on English accent. They were upstairs talking and from downstairs, I could not tell the difference between them until they continued their conversation as they walked down the stairs. I can’t wait for her to try her luck at picking up an actual new language. Iʻm guessing she will quickly outpace the other kids.

New place equals new set of “norms.” Back home, my daughter Kaila had been pining for a trampoline for the last 3 years ever since we stayed at a house in Santa Barbara that had one. “too dangerous” was Chelsie’s mantra. I was ok with it but consistently got vetoed when I suggested we purchase one. Well, one day into our adventure we show up to our farm cottage and directly in front of our house is a huge grassy lawn with a large trampoline smack dab in the middle. And then to top it off there are NO safety nets around it so if you happen to jump crooked, you land on the ground! “This was going to be interesting,” I thought to myself as I prepared for this showdown. A 9-year-old girl who loves gymnastics and trampolines versus Mom who is very good at her role of Chief Risk Officer of Wong and Co. I stayed way clear of the discussion. Side note:  While I really want to be facilitating and pointing out in real time to the family all the new ways I see us evolving through travel, I am basically keeping my mouth shut and just watching it happen.

So back to the showdown…which disappointingly turned out not to be showdown at all. No “you fricken crazy, you ain’t jumping on dating.” It was a straight “go..if you jump off and broke yo ass no come crying to me.” And with that, the trampoline was on and 3 years of putting up a fight against one disappeared in the blink of eye.

How does the saying go? If you can’t find someone else to love, love the one you’re with. Well if youʻre my 10-year-old son Aidan, it is more like, if you got no other friends to play with I guess you gotta play with your sisters.  Never in the last 10 years of his life, have I heard him utter the words “Kaila, you want to go outside and play?”  Iʻve heard numerous times:

“Kaila, you just got roasted.”

But never Kaila do you want to go outside and play. On top of that, he is not only playing with his 9-year-old sister but the younger girls in a carefree way that only a 10-year-old could without the bounds of any of his friends around the place on him. It is a really cool thing to see.

Iʻve always said that travel accelerates one’s maturity through forcing oneself to be self-aware and actively choose the self that one wants versus reacting to the how people treat you or react to you in your traditional setting and roles. You actively have to choose yourself enough and soon you end up with …..your true self.  Aidan actually suggested and followed through with washing the dishes after dinner on our first night. The simple act alone of asking to help was a sure sign of him maturing but then also doing it even though it took like 20 minutes and without complaining might truly have been an act of God. Ok maybe exaggerating a little bit but never would have happened at home.

Itʻs about people, not so much the place. That statement might be a little controversial to some of my colleagues back home, but I had a hunch and have quickly found to be true that connecting with people is truly what traveling and LIFE are all about. England for the first 48 hours was set of beautiful backdrops; rolling hills, churches, castles, pastures of sheep and cows. All beautiful and postcard worthy. But after our BBQ with our hosts last night it is now about the Blandsford family. The seven generations of farmers who came before them. Their vehement opposition to Brexit as it will almost kill their business. The difficult decision to send one of the children to public school and the other to a 30k+ a year private school. Their love for the vineyard down the street which produces a great white wine with zero preservatives and will not give you a hangover (they were kind of correct on that one). And many many other details that we learned and shared with one another over the course of a fantastic BBQ. For 4 hours we grinded and drank on their massive lawn on a well-set picnic table covered with freshly made dishes all from their farm or the local area. And yes the picturesque background with the rolling hills and the church steeple was all still there…And the sun was setting as well. But we didnʻt even notice because we were connecting with people, and at the end of the day, I think that is what it is all about.