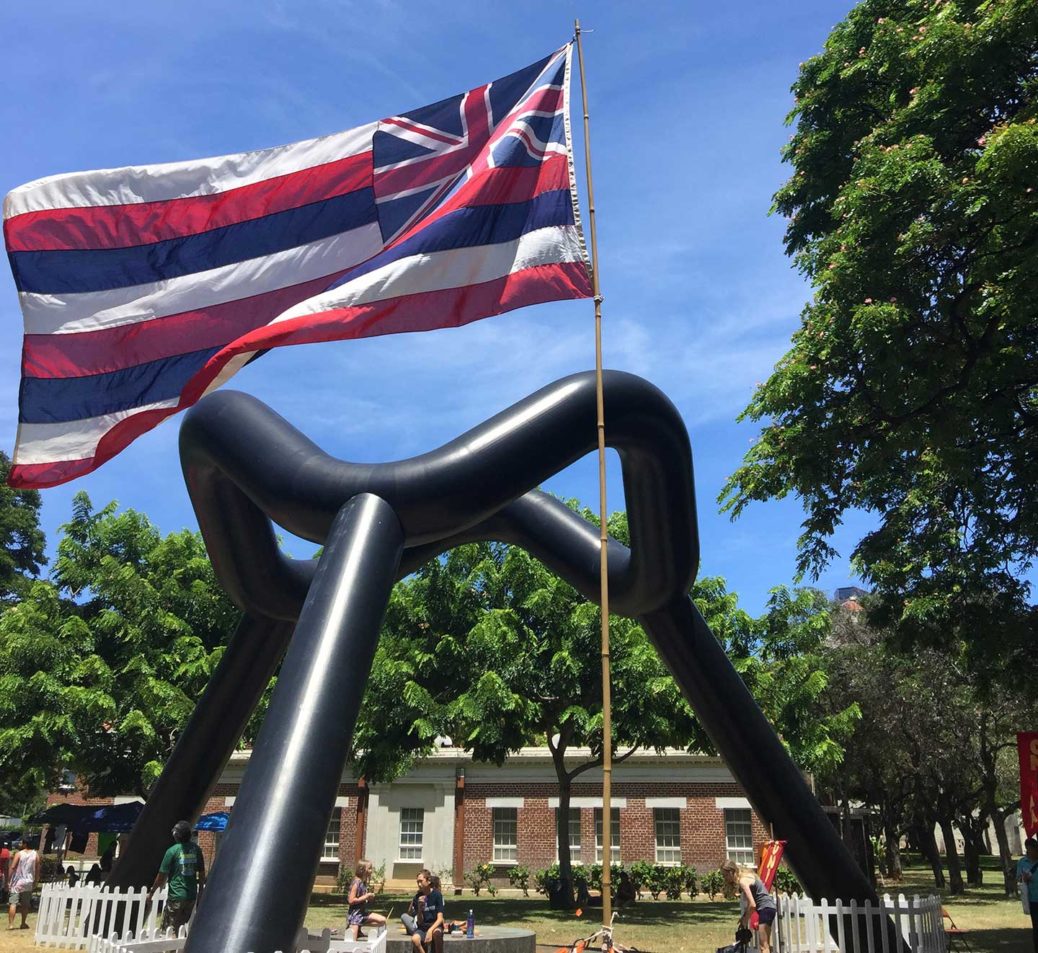 Lā Ho‘iho‘i Ea, the day sovereignty was restored, is a national holiday for the Kingdom of Hawai’i. The events that led to this important day started in 1840 with a land dispute between Mr. Richard Charlton, Hawaii’s first British ambassador. Charlton claimed land which included Wailele, where he resided, and Pulaholaho, each located makai of Merchant street, between Fort Street and Nuuanu Avenue. However, Kamehameha III proceeded to reject this claim by Charlton. This dispute sparked the infamous “Paulet episode”, which led to the forced cession of the Hawaiian Islands to Britain in 1843.

Charlton set sail to London via Mexico to press his case against the Hawaiian government. In an effort to secure national independence for Hawaii, King Kamehameha III sent a diplomatic envoy to seek international recognition of Hawaii’s sovereignty as a nation state from Britain, France, and the United States. While Charlton was in Mexico, he voiced his complaints on the matter to Lord George Paulet, captain of the British Navy. Paulet proceeded to investigate the claims by taking control of the government and having all Hawaiian flags lowered and burned. After six months of their arrival in Hawaii, Queen Victoria sent Rear Admiral Thomas to remove Paulet. Admiral Thomas arrived in Honolulu on the 26th of July to set things straight. On July 31st, 1843, Thomas officially restored the Kingdom of Hawaii government to Kamehameha III.

Today, July 31st is known as Lā Ho‘iho‘i Ea, or Restoration Day and is celebrated through ceremonies that take place at different sites around Hawaii. A well-known commemoration is at Thomas Square Park in Honolulu, where the Union Jack was lowered and the beloved Hawaiian flag was raised. It is because of this day King Kamehameha III said, “Ua Mau Ke Ea o Ka Aina I Ka Pono” the life of the land is perpetuated in righteousness, which is now Hawaii’s official state motto.

Tomorrow (when it is celebrated)

Come join us to celebrate the 173rd anniversary of Lā Ho‘iho‘i Ea Sovereignty Restoration Day on Sunday, July 31st at 11am-5pm at Honolulu Civic Grounds, with the flag ceremony happening at noon. Share stories, pass on knowledge with other guests, strengthen our communities and reclaim space with others. LHE is a time to restore life to our lahui! The celebration will include and is not limited to live music, poetry, political speakers, Kui ai demonstrations, laau lapaau, organic local farm produce, and much more.

Follow the event’s Facebook page here to get the full details and explore more into the celebration of Lā Ho‘iho‘i Ea.